DZ HYP. Because we can.

Where an issuer or financial intermediary offers securities to the public, a prospectus approved by the competent authority shall be published. The competent authority for securities of DZ HYP AG is the Commission de Surveillance du Secteur Financier in the Grand Duchy of Luxembourg (CSSF). The obligation to publish a prospectus also applies if securities are to be admitted to trading on a regulated market. Exceptions apply, for example, when securities with a denomination per unit of at least EUR 100,000 are offered and no admission to trading on a regulated market is intended.

The prospectus shall be published after its approval and at the latest at the beginning of the offer to the public or the admission to trading of the securities involved on a regulated market. In practice, this is done on the website of the respective issuer. In addition, the European Securities and Markets Authority (ESMA) shall, without undue delay, publish all prospectuses received from the competent national authorities, including any supplements thereto, final terms and related translations.

As long as the public offer has not yet been closed or trading on the regulated market has not yet begun, the prospectus shall, under certain conditions, be updated without undue delay by a supplement. This is necessary when a significant new factor, material mistake or a material inaccuracy relating to the information included in a prospectus which may affect the assessment of the securities arises or is noted ("circumstance requiring a supplement").

The prerequisite for this is that the circumstance requiring the supplement arose or was noted before the closing of the public offer or - if earlier - the delivery of the securities.

For example: During an offer period from 2 December to 13 December 2019, an investor subscribes for a publicly offered bond on 5 December. Delivery of the securities is expected shortly after the closing of the offer period. On 9 December, a circumstance requiring a supplement arises. In that case, the investor can withdraw his subscription. This also applies after the end of the offer period. The supplement could, for example, be published on 17 December. The investor could then exercise his right of withdrawal until the end of the second working day after the day on which the supplement was published, i.e. until 19 December. This possibility also exists if the securities have since been delivered to his securities account.

The period in which investors can exercise their right of withdrawal may also be extended by the issuer or the offeror. It shall be stated in the supplement.

Where necessary, DZ HYP AG will assist investors who have directly purchased or subscribed for the securities concerned from DZ HYP AG in exercising their right of withdrawal. 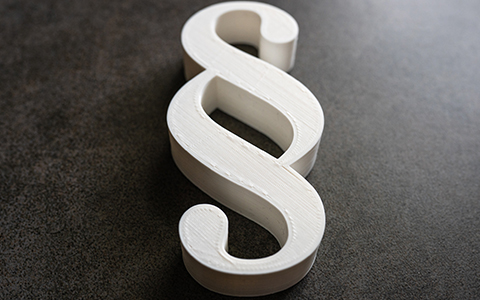 Here you can find important legal information on the deposit guarantee schemes, MiFID II as well as investors´ right of withdrawal in case of supplements to prospectuses. In addition, we offer you relevant documents for direct download below.